This is the “Quotes” page.

Not the “Library” page.

Nevertheless I would like to start us off with a quote that is ubiquitous in libraries. Any library that has tried to raise money with inscribed pavers, memorial benches, and sponsorship plaques, will eventually run into some wag who takes the opportunity to trot out this gem.

And why not? It is a classic.

And so it is that one can find this quote readily among the homilies and memorials in reading gardens, on the dedication walls, and in the pretty and shabby little sitting areas across the library landscape. Look for it and you will be rewarded. It is a treasure.

An old saying brought to my attention by an Indian Chef in a YouTube video:

“The more you sweat in peace, the less you bleed in war.”

This might more properly belong in the Hijinks Room of Life is a Fountain, but the determining line can get awful thin between jokes and quotes, and, when in doubt, if what I’ve pithily remarked is not that funny, I’m going to put it in the Quotes Room.

Of course, there’s also the cringe problem of quoting oneself. My solution to that is to attribute my quote to someone famous. So many quote attributions are wrong anyway, which means George Bernard Shaw and Mark Twain end up with way more credit than they’ve earned, so why not level the playing field a little by attributing this sort of thing to them?

So without further ado, here is that trenchant bit of commentary by the great George Bernard Shaw!

“You can lead a horse to water and not make him drink, but if you tell those horses that dehydration is the leading cause of premature death among Ursines many of them will have a few sips.

Especially the ones who think they are bears.”

Today I am going through every page I have in Life is a Fountain and adding something hopefully relevant to it from the annals of Clerkmanifesto. It’s my desperate attempt to freshen up everything after being away for a couple weeks. So here you go:

“There is no one we hate more than those who tell us the truth we don’t want to know.”

“That quote is not by Ralph Waldo Emerson.”

The quote below, officially speaking, as this is the Quote Page, is in the last line:

Early this evening, exhausted, I lay on the couch, my head on my wife’s arm, lap, leg. I am dozing. I am remembering a long ago time with her. I am remembering being 17, having left a work/study program with few funds, sleeping rough on the hard floor of a temple in Jerusalem. A ragged night, one of cold, discomfort, kindness, and fear.

I have toyed too much with regret. I have too often suggested in myself the rewriting of the past. But slipping in and out of some evening nap, remembering, I was made whole. I was freed of all regret by the fullness of a recognition:

To change the past we must be the murderer of everything that came after.

Lately my favorite YouTube channels have to do with urban design. And though “Not Just Bikes”, centered in Amsterdam, remains my favorite, it has led me to another good one, Alan Fisher, centered more on the east coast of the U.S. They are both running a series called “Suburbs that don’t suck”. I won’t try to summarize here on my quotes page what the themes and ideas are of these truly thoughtful and interesting to look at channels are, though I will provide a couple of links.

Mainly I just wanted to share a wonderful quote found on Alan Fisher’s video on Bordentown, New Jersey. Bordentown was the home of Thomas Paine, and the interesting quote is by him as well:

“A long habit of not thinking a thing wrong, gives it a superficial appearance of being right, and raises at first a formidable outcry in defense of custom. But the tumult soon subsides. Time makes more converts than reason.”

Nothing easy comes without effort. 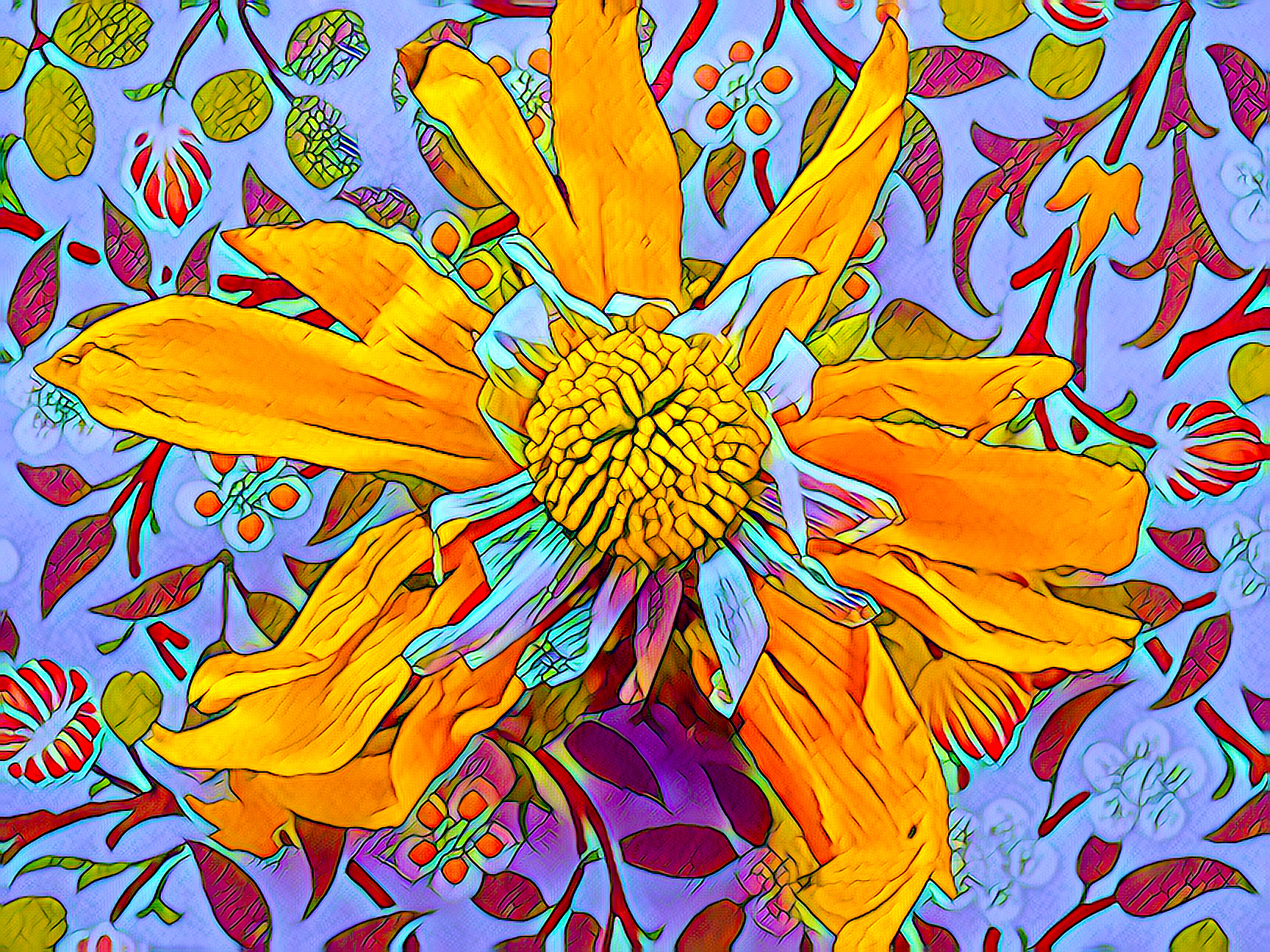 At my house we are not readily inclined to fall for a lot of TV shows. But lightning has struck twice already this year: First with The Babysitters Club, and then just the other night with Ted Lasso. We polished off season one in a single sitting.

And it was from Ted Lasso I heard this quote:

I thought of a joke using it, but discarded it for being a little too mean. I don’t like to do mean jokes unless someone really, really deserves it.

And I still remember with a burn every time I failed that standard.

That’s a trick quote isn’t it?

So, as I there was nothing else for it, I got super wise.

Here’s a quote I find myself oddly relating to lately. This is odd, because I like to talk about it. And yet in some way it’s still true. Though maybe what I mean, and maybe what Schulz means too in some way, is that there is no other decent way to talk about these things:

I have been thinking about this quote, and using it, a lot lately, especially at the library, when people give me bad news about the world. As they do. At one point I thought “I should put this quote on the quote page of Life is a Fountain! But I remembered that it has long been an important quote to me, and I have written about it in the past.

And so here is what I said:

I recently heard this quote by Lily Tomlin and was immediately smitten by it:

“No matter how cynical you become, it’s never enough to keep up.”

I certainly try to keep up with my cynicism and there’s plenty grist for the mill for that at the library. But unlike, say, National Politics, or “The World,” the library is not, at heart, a bad place. Actually, in balance, barely, it’s a pretty good place. And since it’s “A pretty good place” there’s a surprising amount of room to see what one expects to see. With my cynical hat on it’s very easy to see wicked parents prodding their children into sad adulthoods, to check out books of broken lies to people who have given up, and to watch  vast swaths of humans idly toying with nothingness on the computers until they can officially count down one more day off their rough stay in life.

But if I want to see magic, and hope, and beauty, it turns out it’s right there too. Suddenly there are people on the computers raptly watching strange old footage of people playing the blues, or they’re reading some ancient language no one speaks anymore, or they’re learning to build a steam engine from scratch. And then, right there, walking out of the kids’ room is a parent who clearly loves their kid, not in that, usually false, one-day-the-kid-will-know-it way, but in a way that surrounds the kid and makes the kid shine and fly.

This is by Picasso, so it must be worth at least a few million dollars…

“When is art best?

When we get to feel feelings that aren’t our own, and they become so.”

I was thinking of adding a Rex Stout book to my “This week’s recommended book” page. And in searching for material I came across this gem:

We are all vainer of our luck than our merits.

Down below I include some quotes by me. It’s not that I have no shame, I’m afraid I have a surfeit of it. But sometimes I try to make up for it with extra hubris, you know, to compensate. I think Life is a Fountain is in some ways extra hubris. But for what it’s worth, today I was putting together something on another page, Book Recommendations, and it concerned Rex Stout.  And I came across an old quote by him that I really liked, in a piece I wrote about him a few years ago. It was:

I was about to clip the quote out and add it here when I realized:

Hey, I wrote that!

“Much like my childhood dog Cashew, promises abhor a vacuum.”

“The cream rises to the top, but dead things float.”

We are not permitted to choose the frame of our destiny, but what we put into it is ours.
-Dag Hammarskjold

When I walk to work in the morning I go through the University. I pass along something called “The Scholars’ Walk” where great, honored scholars are memorialized. In the middle of it all is a sort of mini plaza that features a quote, etched lavishly in stone no less.

It says “We are not permitted to choose the frame of our destiny, but what we put into it is ours.”

Is there some button I’m not seeing?

Any tips you can give on this would be super appreciated.

Life is a Fountain